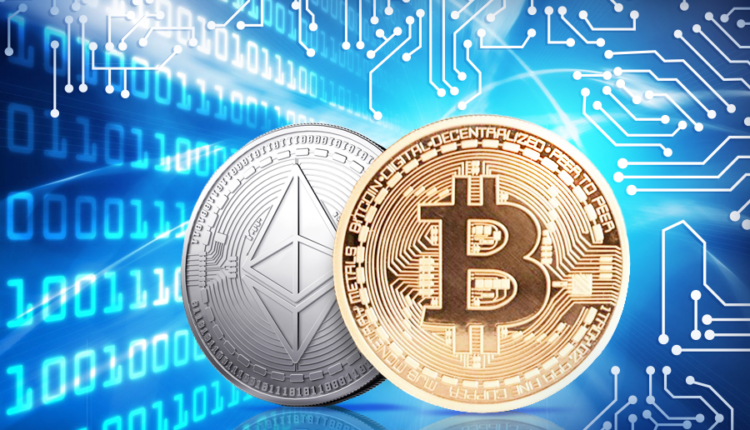 Cryptocurrency Crash: why happens and forecast

Cryptocurrencies are certainly the most innovative asset class in recent years, and one of the financial sectors on which the greatest attention from investors is focusing. But sometimes a Cryptocurrency Crash could happen, here we explain why and how.

Trust in cryptocurrencies is never guaranteed, and more and more traders are looking for information on the Cryptocurrency Crash, in order to understand what could happen at the price of Bitcoin & co. in the next future.

In this study we will therefore try to understand:

Before proceeding further with the reading, we recommend that you do one last thing: open a demo trading account to be able to immediately apply, in conditions of maximum security, the ideas that you will find below.

We suggest you choose a demo account from among those of eToro, IQ Option  or ForeXTB, three of the main CFD brokers in the world, super professional and safe. We will also return to this topic in the next few lines! 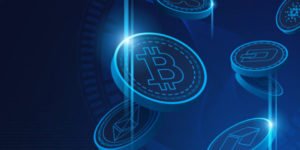 Cryptocurrency Crash, the most serious flops in history

The starting point of our special on the cryptocurrency crash is to understand when, in the course of history, the most serious flops of the values of digital currencies have occurred.

To do this, there is no doubt that it is convenient to refer to Bitcoin, considering that Bitcoin is not only the main cryptocurrency in the world, but it is also the one that pulls – for better or for worse – all the others.

Well, taking a look at the history of Bitcoin prices there is no doubt that this cryptocurrency has had a very volatile history since it was created, in 2009, with a swing of values that has done nothing but confirm the extraordinary dynamism of this asset. Do you want some examples?

Bitcoin, however, only started seeing its values take off in 2013, starting the year at around $ 13.50 per Bitcoin. However, the price rose sharply already at the beginning of April 2013, to reach over 220 dollars, before falling to about 70 dollars in the middle of the same month, thus giving rise to the first real crash of the cryptocurrency.

Furthermore, Bitcoin started a new rally between October and November 2013. The currency had traded at around $ 100 in early October, but by the end of the period it had reached around $ 195, before rising to 200 dollars at the beginning of November and, therefore, at over 1,075 dollars at the end of the same month, with a rally determined mainly by the entry of new Bitcoin exchanges and Chinese miners on the market.

Hence, the price started to become very volatile after hitting these highs. Rumors of a lack of security on Mt. Gox, the exchange in which 70% of all Bitcoin exchanges revolved, have made the market nervous, with consequent problems in negotiating Bitcoin. Bitcoin’s price, which peaked at $ 1,079 on December 4, 2013, then dropped to $ 760 in just a few days, with a steep drop of about 29%.

Still, trading stabilized to some extent at around $ 920 in January 2014. However, in February, there was a serious blow: the Mt. Gox exchange asked for access to a protection procedure. Bitcoin was trading at around $ 850 on February 4, but it already dropped to around $ 580 on February 16, a drop of about 32%. The price then went down again, at a slower and more gradual pace, so much so that the currency was traded at around $ 600 in mid-July 2014, and by the beginning of 2015 it had instead fallen to around $ 315.

The price partly stabilized during the summer of 2015. However, another massive spike in action occurred in early November, with the currency going from around $ 275 on October 23 to $ 460 on November 4 on some exchanges, and then returned to $ 360 at the end of November 2015. Until 2016 Bitcoin has steadily increased, exceeding $ 1,000 at the beginning of 2017.

So, in the fall of 2017, the price of Bitcoin began to rise steeply, exceeding $ 5,000 in October, and doubling in November, reaching $ 10,000. Then, in December, the price of a Bitcoin touched 20,000 dollars, in what many commentators seemed to be a speculative bubble.

In 2019, Bitcoin has seen a new renaissance in terms of price and trading volume, climbing to around $ 10,000 by June. However, as history tends to repeat itself, by the end of the year the price of bitcoin has fallen back to around $ 7,000 and has continued to fluctuate ever since. In 2020, the peak of bitcoin hit just under $ 10,000 and hit a low of around $ 5,000 with the market crash in March. Since then it is recovering.

But why do cryptocurrencies collapse? What are the determinants that induce digital currencies like Bitcoin downwards?

In reality, the causes of the collapse of cryptocurrencies can be numerous and, often, there is a concomitance of determinants.

We have tried to summarize the main ones:

Now that we have a bit clearer ideas about what the cryptocurrency crash is, what the most serious collapses in history are and why cryptocurrencies can lose value, we can also take care to understand … how to take advantage of this situation!

With a “traditional” approach, what you should do to be able to make money with cryptocurrencies is to buy Bitcoin (or other currency of your liking) and wait for its price to rise, and then sell it in the future.

This rather simple mechanism has one flaw: it is one-way!

CFDs (contracts for difference) are in fact particular derivative instruments that allow you to earn even during the downturn. With them, on the other hand, you will never get hold of the cryptocurrency, but you will simply make predictions towards your broker, being able to open a “bearish” position and make short selling.

However, this is not the only advantage that you can obtain by investing in cryptocurrencies with a broker such as eToro, IQ Option or ForeXTB.

CFD brokers allow you to:

Add to this the fact that you can invest even in demo mode, by opening a virtual trading account that will allow you to use all the typical services of a broker, but without risking your capital. A real training gym to realize how it works, before committing your money! 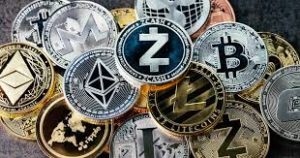 In the last few lines we have had the opportunity to make a rather complete and in-depth overview of the crash of cryptocurrencies, and we have also specified that this is completely normal, especially in an asset class as innovative as that of digital currencies.

Those who invest in cryptocurrencies should therefore be well aware that they are making a speculative and high-risk investment, which can expose them to huge profits but … also to huge losses!

The best way to invest in cryptocurrencies and, moreover, to try to make money both from the increase and from the decrease of prices is certainly to use a CFD broker like eToro, which will allow you to get all the advantages of a professional and regulated trading platform, even with the mobile app.

Before investing with real money in online trading, our suggestion is also to practice a bit by opening a demo account and, with it, try to understand firsthand what it means to invest in cryptocurrencies and manage the positions in them.

We also recommend that you become familiar with the operation of Stop Losses and Take Profits, two particular functions that will allow you to contain the risk of such investments.

Finally, we point out that all the brokers that we have reported above have a rich section dedicated to teaching, with many courses, educational tools and indicators that you can use to improve your knowledge of what is happening on the market, before investing. Given that these are completely free functions, why not take advantage of them immediately?

If you then have thoughts, doubts and questions on the world of cryptocurrency, which you want to share with us, we recommend you do it through the comment space, thus getting in touch with our staff and with our whole community!

Buy Celo: how to invest in this Crypto [Guide]

Altcoin: Meaning and Price of the Best Cryptos

Buy Chiliz: how to invest in CHZ [Guide]