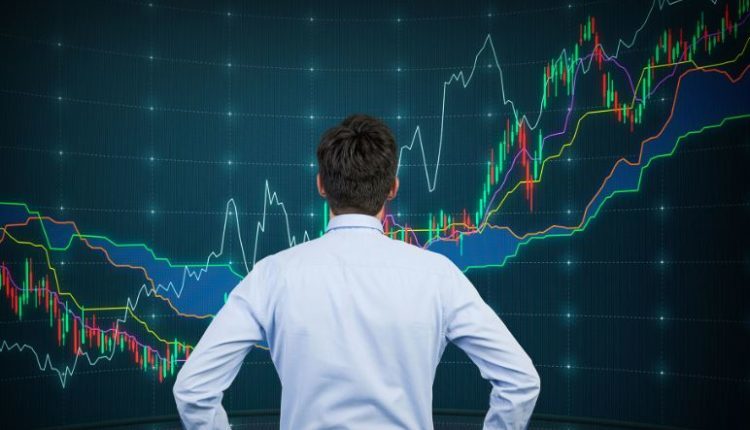 Famous Traders and their strategies

Being able to become a successful trader is the aspiration of many young traders. What could be better than being inspired by the most Famous Traders in the world to study their strategies and try to follow their path?

Easier said than done right? Maybe yes, but everyone started this way, everyone was inspired by someone else and at first they didn’t know they would become rich with trading.

OnlineTradingCourse.net is now a reference point for online trading in Europe and this guide of ours wants to inspire young traders to follow in the footsteps of the most famous traders in history.

For those wishing to test the strategies of these traders, here are the best Brokers (all with CySEC license) that offer a totally free and unlimited Demo platform. Among these eToro also allows you to copy the best traders in the world.

The most Famous Traders in the world

The most famous traders in the world are probably professionals with an enviable discipline but they have not always been, they too have made mistakes: it is the only way to improve.

The factor that makes a trader really good is learning from their mistakes, unfortunately most tend to repeat them.

The trading strategies used by these Top Traders are very different and this makes us understand that there are many ways to become a successful trader, you just have to find your own.

Here is the list of the most famous traders in the world. At the end you will discover a method to copy the best traders automatically and the brokers who offer the resources to learn how to invest.

Known as “the Oracle of Omaha,” Warren Buffett (born 1930) is one of the most successful investors of all time.

Buffett manages Berkshire Hathaway, a fund that owns more than 60 companies, including battery maker Duracell and restaurant chain Dairy Queen. In addition to stakes in the largest American companies such as Apple, Coca Cola and American Express.

While these seem like simple concepts, spotting them isn’t always easy. Warren Buffett’s personal fortune is around $ 75 billion.

The founder of Tudor Investment Corporation, a $ 7.8 billion hedge fund, Paul Tudor Jones (born 1954) made his fortune in the 1987 market crash.

Jones was able to predict the multiplier effect that a hedging investment would have on a bear market.

Jones’s “gamble” paid off: on Black Monday in 1987, he was able to triple his capital from downward investments. Jones is now worth approximately $ 5.1 billion and currently manages his own hedge fund.

George Soros (born 1930) is probably the best-known trader in the history of the business, known as “The Man Who Destroyed the Bank of England”.

With the help of associates at his hedge fund, the Quantum Investment Fund, Soros noted that the pound was basically not strong enough to stay in that system, and bought a short position (aiming down) for an amount of $ 10 billion.

Soros is currently worth around $ 8.3 billion and is retired.

Praised by some for executing the “biggest trade ever”, John Paulson (born 1955) made his fortune in 2007 by betting down on the real estate market through debt-backed bonds.

Paulson founded Paulson & Co. in 1994 and was relatively unknown on Wall Street, that is, until the financial crisis that began in 2007.

During this time Paulson underwent intense scrutiny from the US federal government, which wanted to understand how he had foreseen that collapse.

Today Paulson continues to manage Paulson & Co. and is worth approximately $ 4.2 billion.

Martin S. Schwartz (born 1945) is a Wall Street trader who made his fortune by successfully selling stocks, futures and options.

A graduate of Amherst College in 1967, he received an MBA from Columbia University in 1970.

After several years working as a financial analyst at EF Hutton, Schwartz accumulated $ 100,000, left the company and bought a seat on the US stock exchange where he began trading options on stocks and futures.

In 1985, Schwartz created his own fund where he would manage other people’s money as well as his own. His strategy has always been Day Trading.

Jesse Lauriston Livermore (1877-1940) was an American trader famous for both colossal gains and losses in the market.

However, by 1934 he had already lost his money and tragically took his own life in 1940.

His strategy does not deserve to be explored.

WD Gann (1878-1955) was a trader who used market forecasting methods based on geometry, astrology and mathematics.

Gann’s theory is one of the most studied techniques still today.

James Rogers Jr. (born 1942) is the president of Rogers Holdings. He co-founded the Quantum Fund with George Soros in the early 1970s, achieving a staggering 4,200% in 10 years.

Later, his popularity also grew for his books which detail his adventurous travels around the world.

Richard J. Dennis (born 1949) made his mark on the investment world as a commodity trader in Chicago.

In 2013, the SAC was investigated by the Securities and Exchange Commission for failing to prevent insider trading and later agreed to pay a $ 1.2 billion fine.

Tepper, a distressed debt investment specialist, has made several appearances on CNBC and his statements are closely followed by traders around the world.

Nicholas Leeson (born 1967) is the rogue trader who caused the collapse of Barings Bank.

Leeson served four years in a Singapore prison, but later redeemed himself by becoming CEO of an Irish football team.

Benjamin Graham (1894-1976) is considered the reference point for many traders who are still inspired by his work today.

He has written a number of books including The Intelligent Investor, which Warren Buffett considered to be the best book on investments ever written. He also developed a formula, still used today, to find the true value of a stock.

There are investors who live by trading and earn significant amounts.

You can see some of them in the eToro area dedicated to Copy Trading, where the annual performance of these investors is clearly visible.

In addition to famous traders, it is often useful to know famous brokers, even if fame is not always equivalent to the reliability of an intermediary.

A Broker must possess these characteristics to be considered reliable:

eToro is the most famous broker in the world, the most widespread and one of the safest and most reliable thanks to its operating licenses, including the CONSOB authorization.

The eToro platform is clear and intuitive but the tool that made this Broker so popular is a patented system that allows you to copy the best traders in the world (among eToro users) in a totally automatic and free way.

Here is a screenshot with the performances of the professional traders who trade on eToro:

To copy their operations and thus obtain the same returns, you need to follow these steps:

At that point you will get the same results as these professional traders (in proportion to the amount invested in them), without doing anything.

ForexTB is a CySEC licensed broker that offers numerous support tools to learn how to invest.

To learn the basics of online trading, ForexTB offers a free Trading Course (in ebook format) considered one of the best courses to enter the world of investments.

In addition to the course, this Broker sends very precise and reliable Trading Signals, processed by Trading Central, free of charge to its members.

Trade.com is a very reliable online broker, which operates throughout Europe thanks to the CONSOB license.

To help novice investors, Trade.com has made available a very detailed Trading Course, available for free to all subscribers to the platform.

Trade.com allows you to open a real account with only 100 euros but if you prefer to start from the free and unlimited Demo account, you can access it from the official link below: 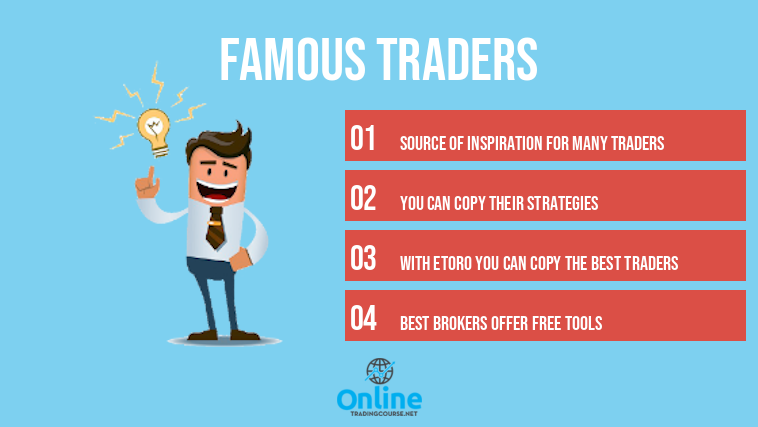 This guide is intended to be a clear incentive to set goals and be inspired by successful traders to increase their assets.

Reading about Warren Buffett’s personal assets shouldn’t be discouraging, indeed, you don’t need to get to those figures to make a living from trading. You have to study, follow the strategies in a disciplined way, not be disheartened by mistakes and not be guided by emotions.

Start practicing using the free Demo accounts offered by the best brokers, so as to evaluate your trading strategies without taking risks. You can access the Demo accounts from the official links below:

Who are the best traders in the world?

These are investors who have built a fortune in very different ways but are all willful and disciplined.

What strategies do famous traders use?

They use the most varied trading strategies, this means that there are many ways to become a successful trader.

Is it possible to copy the best traders?

Yes, eToro allows you to copy the operations of the best trader automatically and for free.

What broker should you use to become a successful trader?

It must be a regulated and authorized broker who allows you to invest without paying commissions.

Buy Ethereum Classic: A Guide to Invest in ETCs